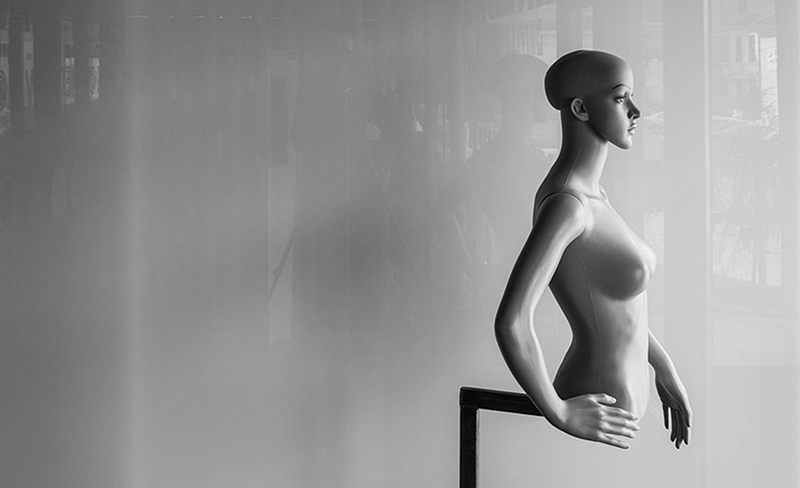 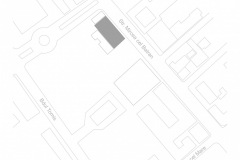 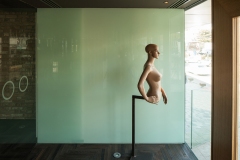 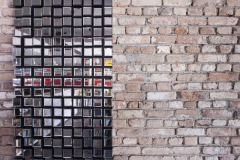 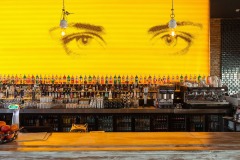 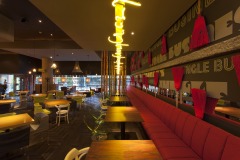 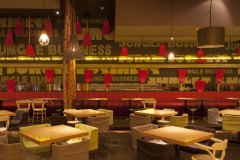 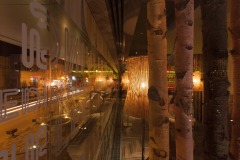 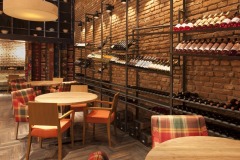 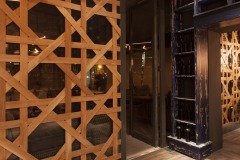 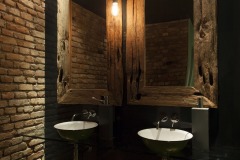 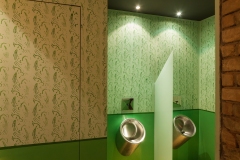 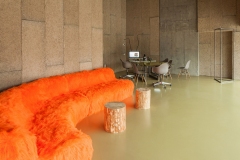 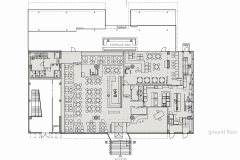 the puzzle of innocence and truth

the restaurant and the cafe, from the ordinary man’s view, is probably, the most common place for “socialization”. on investor’s opinion though the situation can not be that relaxed. the concept for the design of a restaurant and cafe based on success principles assumed to a certain desired customer’s “profile” was a challenge we trustfully assumed. thus, the story was about the importance of mixture but also about being open to new and cosmopolite that was expected from the “target” customer  through a special offer proposed in menus, opened to the latest worldwide gastronomical and services trends. the “target” customer pointed out in the discusions with the investor is someone that consumes new urban culture but who doesn’t necesarily belong to a definite comunity or social group. so the important thing was that anybody could be part of this socialization. we found ourselves dragged into the uncomfortable situation of imagining ourselves being both: child and grandparent, friend and husband, pupil and student, new-comer and familiar, local and foreigner, … in a word: an entire Universe opened to us. and as long as the Universe’s certainties and truths is what we do not control, we realized that maybe we have to get the discussion to an opposite direction and spontaneously a question raised: which are the certainties and truths we believe in? the only thing that’s sure are the flashes of our memories since we were kids…these are probably our only personal truths when trying to get to pure sentiments and sensations mentally graved in the innocent perception of the child we once were. these perceptions cannot be tricked or feint by the intellect or the moral filter of the adult that we are now. so what is sure are the flashes of our childhood spent in countryside or parks when we climbed fences or trees, when we ate every day on the same chair in our home kitchen and we looked at the wall of clay and roller painting, when we were visiting the neighbour and see the big crystal mirror welcoming us at the entrance, when on our way home from school we were climbing a brick wall or tree timber recently cut, when we were playing fools with the broom mugging, when we were being watched by mother’s big eyes, when we were watching foreign movies on tv or at cinema and were reading different words from images that had no meaning, when we were reading comic books,  when,when,when… that’s how appeared the confession of some corner, of images, of materials, of lights, of worlds, as a huge puzzle that was only waiting to be solved.