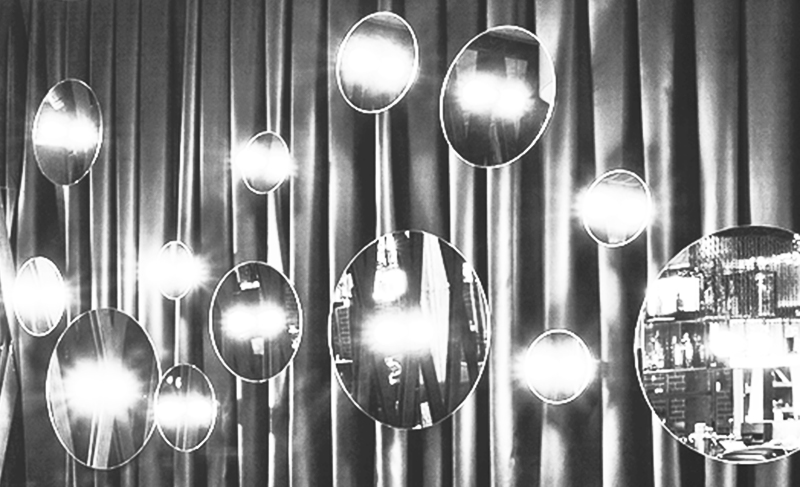 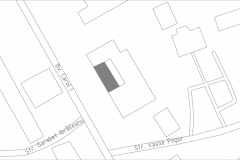 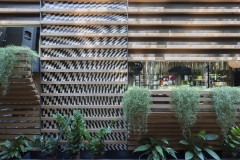 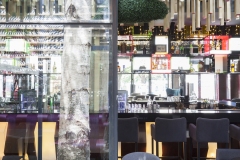 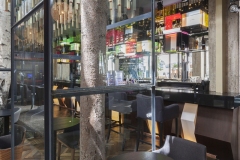 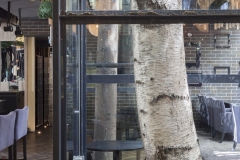 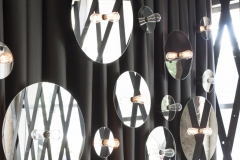 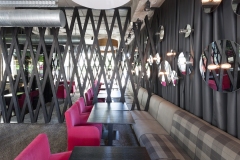 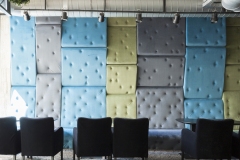 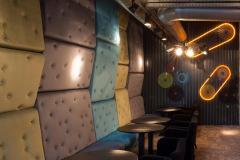 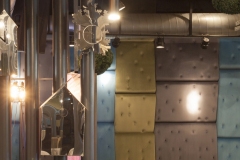 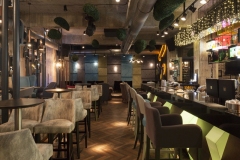 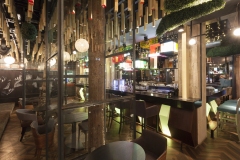 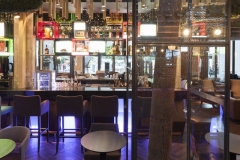 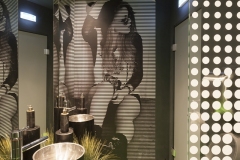 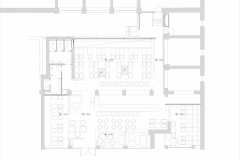 a location in the central area of city Iasi at the beginning of a beautiful, green, well known universitary area is a potential „hot spot“. the design was made in the context of changing the initial  esthetic paradigm. the new intervention also gave the opportunity for a new spatial extension towards the backside as a possible covered „hidden garden“. the newly created story invites the synergy of an overtextured esthetics to the state of a manifesto. in this context of overtexturing, the juxtaposition, the optical illusion and the collage are the most used elements of the process, being used even obsessively here and there as repetitive instruments to implement the manifesto. during this materialized „rush hour“ of the esthetical instrumentalization, the sense of belonging to a universal culture was the conceptual engine that we have accessed in choosing the characteristic landmarks. thus the metropolitan space is provocative and at the same time provoked like a cultural perpetuum mobile that bends and draws up inside a big loop of a need to know the old and new values…