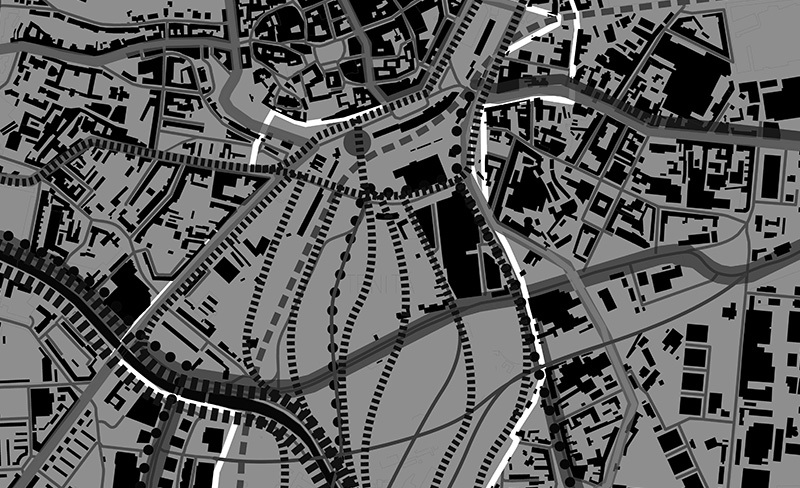 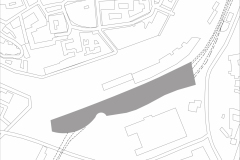 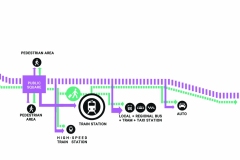 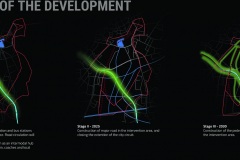 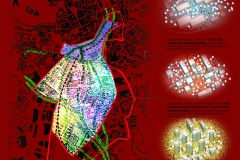 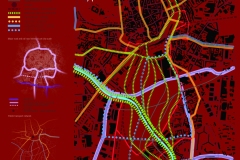 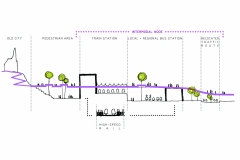 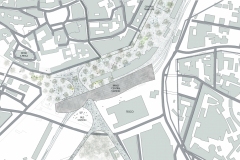 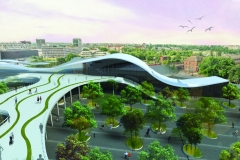 the concept envisions a green belt and public spaces around the historical center, in which the Central Station plays a key role as both an iconic place for representing the city and a functional hub for transportation. the space in front of the station is proposed as a pedestrian path with a high quality design. a large platform will pass above the former Nadrazni street in order to link public spaces in the old city to those new created along Svratka River. this way, another icon of the city, Svratka River, will be brought closer to the urban life. the connection will be established through organic developed green paths, which will ”wave” in the area.  those green paths are pedestrian paths and bicycle lanes  doubled by vegetation and will state as the starting point for developing new paths along Svratka River and into the city. these green paths and the landscapping along Svratka River will form the basis of this new neighbourhood, as the ”green lung” of the city. this metaphor is appropriate because the new intervention brings a gasp of new housing facilities, office building and educational units, all beneficial for the the evolution of the city.