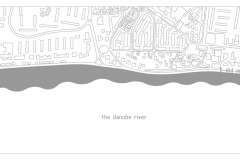 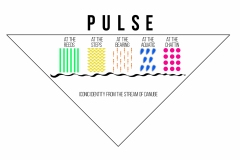 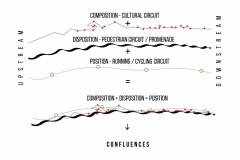 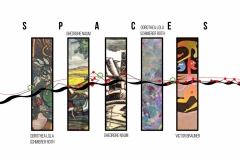 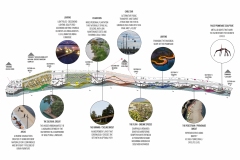 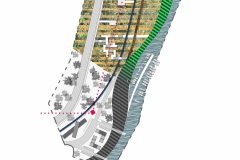 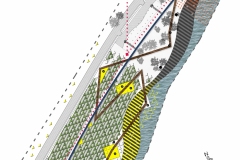 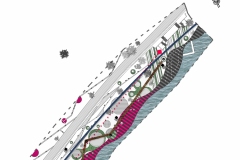 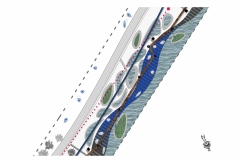 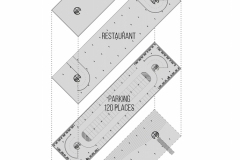 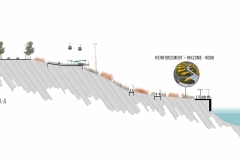 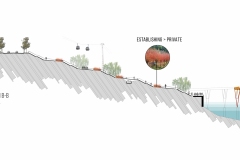 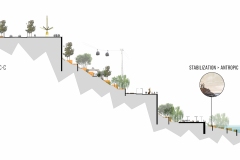 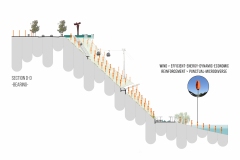 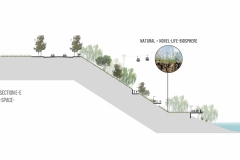 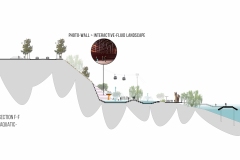 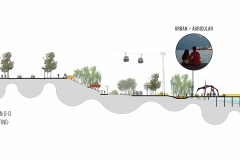 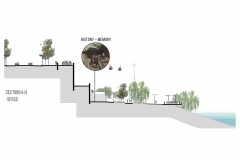 the Danube has acted as a true ambassador of nature for hundreds of years. it has been sung, evoked in verse and painted. it unites peoples, preserves traditions and defines the places it flows through. smooth or turbulent, the Danube meanders relentlessly through cities, through varied, colourful and lively worlds, creating that special pulsation that is typical of cities on the water. in these cities, the river is both a key element of the urban setting and a sustainer of urban life. like Vienna, Belgrade or Budapest, Galati is also a “friend” of the Danube. a city with a strong creative, multicultural spirit and one of the largest economic centres in Romania, Galati has always made the most of its link with the river, either by landscaping the waterfront in the 1960s or by enriching it with the works of several Romanian visual artists during the creative camps organised since 1976. since then, the Danube shore has earned the reputation of an open-air museum, an active and lively space, vibrant and effervescent, a place of cultural, economic and social confluences. the project is a tribute to the Danube’s long journey around the world, and a solution for integrating the waterfront into the active life of Galati. the solution is bold, creative and proposes a development that pulsates with the dynamic rhythm of the city, while respecting and enhancing the natural setting specific to the Danube environment.
the waterfront is transformed into 5 different worlds, variously furnished with mineral elements that define the anthropic and recreate the human scale, united by spaces that are mostly vegetal. three underground car parks with 120 spaces each are proposed in these connecting spaces, on the terraces of which are arranged places for walks and belle vue. also in these spaces, at carefully selected strategic points, are small café-type areas that act as social attractors and vibrant elements. the three levels of the cliff, defined by the natural slope of the land, are exploited through the development of three flows, pedestrian, bicycle and cultural, and through their rational collection and redistribution. the cultural circuit, a sculptural landscape composition, runs upstream and downstream through the existing suite of representative sculptures and develops on a level of complex perspectives, framing and regenerating the works of art as urban landmarks, giving a positive impulse for new artistic projects. the pedestrian/walkway circuit creates the state of mind in which each inhabitant finds himself, in a diverse anthropic arrangement, a cultural path at micro-zonal level in a positive contemplative mood. the walking/biking circuit follows the optimal route that crosses the site in a harmonious and friendly way, putting the participants in the position of travellers on the Danube. the 3 trails intertwine and intersect in a network of confluences that define the trans-european east-west longitudinal axis and act at the same time as urban anchors that attract the Galician population and activate the space. these are either small urban squares, harmoniously combining natural plant elements with urban furniture, or pseudo-amphitheatres. the diversity of the paving gives a “playful” touch to the whole design.  the two existing kiosks on landing 1 have been reinstated in an improved and updated form.  the project proposes a 4th flow/circuit that complements the other 3 at aerial level, by creating a cable car route linking the Danube waterfront with key urban elements such as Closca, Viva and La Elice parks. in order to strengthen the physical link between the waterfront and the city, it is proposed to integrate the Viva Park into the waterfront development solution. it is to become an intermodal hub for alternative public transport (pedestrian, bicycle and cable car). this link is also marked by the contemporary redesign of the staircases linking landings 1 and 3.