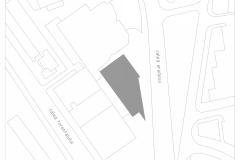 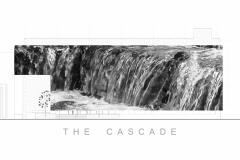 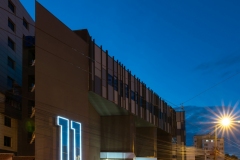 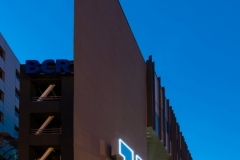 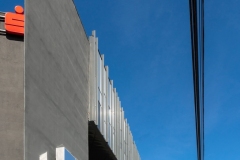 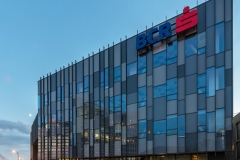 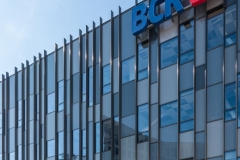 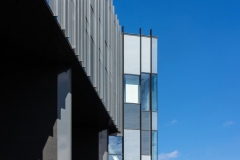 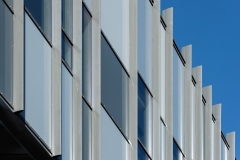 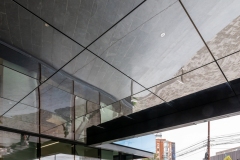 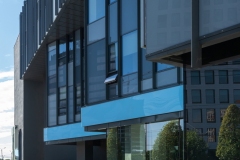 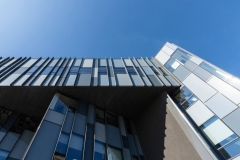 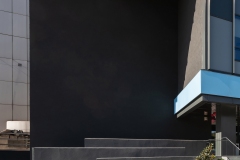 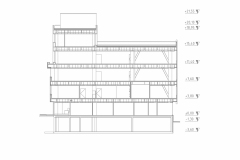 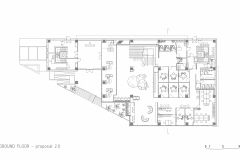 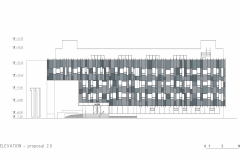 A house like an abstract waterfall welcoming you to the street front near a large destructured and impersonal crossroad is a possible story that can intrigue you in the context of an intervention built in the city. The existing building of the regional headquarters of a bank in Timisoara has received as a theme the complete exterior and interior restructuring and repartitioning. The discourse of the above-mentioned story makes you perceive the vibe from the perspective of the 2D abstract texture of the „waterfall” and also from that of the diverse overlaping plans which change in various registers and levels of the building. At the level of the facade the raw plaster seen as the metaphorical symbolics of a natural mineral is in contrast to the hi-tech of water’s abstractly textured glass.
A distinct major element is the „11” element presenting itself as a macro iconic symbol with a strong visual impact both day and night, and simply representing the postal number of the building. The interstitial space outside the entrance reflecting on the ceiling receives a bipolarity and has the role to prepare you before entering, gets the attention of passers-by proposing the visual interaction and also signals the representativeness of the building.
The choice of a cubist composition for the parapets of the access platform shapes the same mineral symbolism around the general theme, the space becoming another different interactive playground…