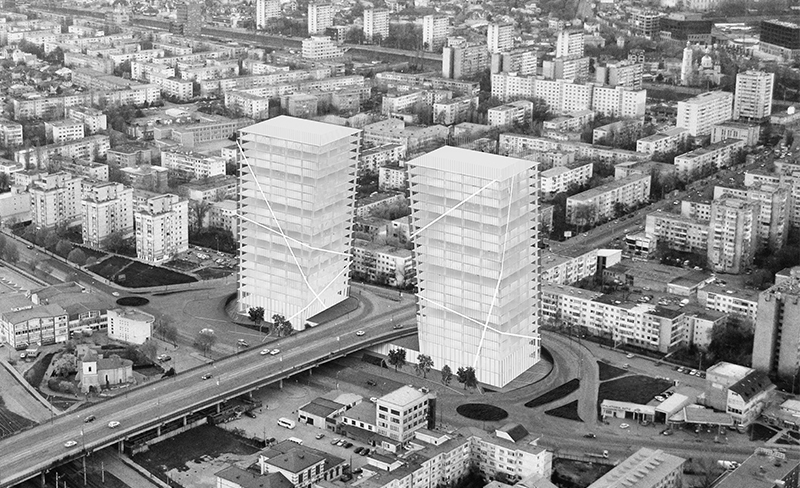 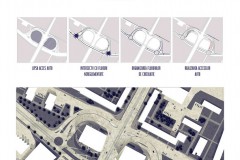 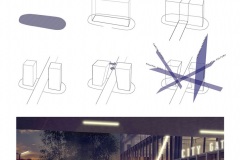 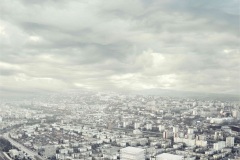 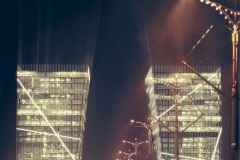 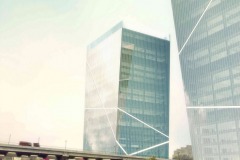 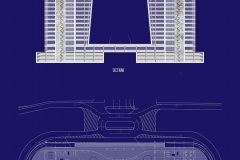 one of the efficient methods of urban development process consists in capitalization of the existent ground sources which already have technical-urbanistic infrastructure and transport over the growth of intra-city. development of the immobile situated between the ramps of Nicolina passage in Iasi is pertinent, since it takes the advantage of the accessibility given by the existent roadway infrastructure, thus a plus of value for the residual urban space. the function proposed through the competition theme is one that needs organization of a consistent flux of pedestrians and vehicles, employees and visitors, but also an efficient relation with other complementary functions. the state of an urban ground to be efficient is the stronger as the activity developed in this area is the longer. for this, CityGate proposes to represent more than an offices building but even a  HUB which gathers from the commercial functions to the loisir ones, meant to create an active and attractive urban space. thus, in a hypothetical competition of the European cities, CityGate aims to rise at the representative edifices of a 21st century metropolis.