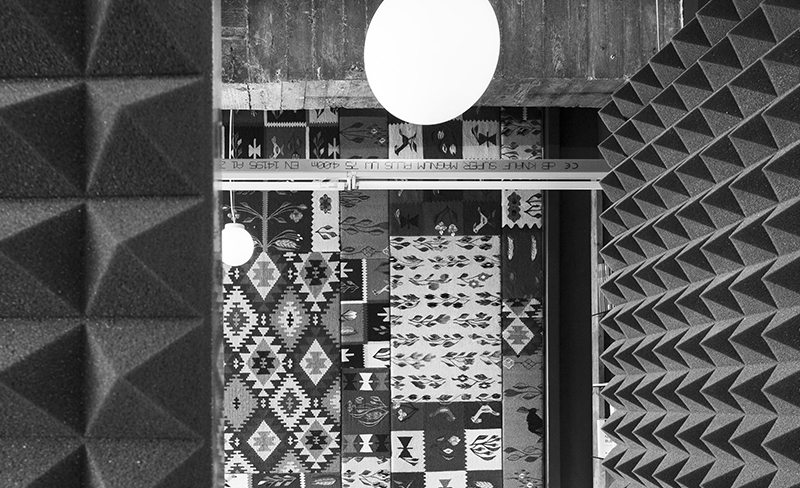 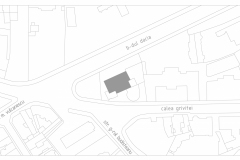 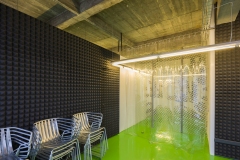 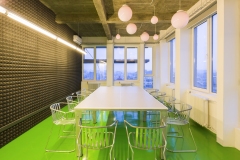 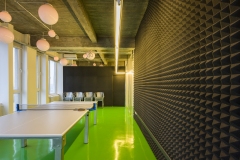 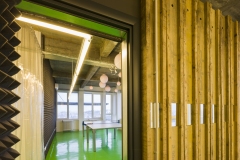 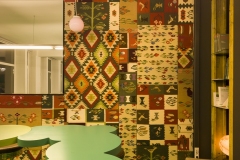 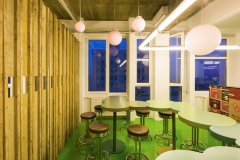 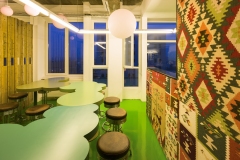 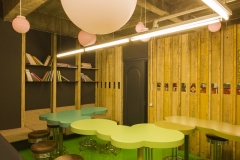 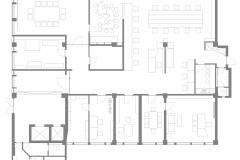 the previous state was that of an office without alternative areas enlarged by an unfinished space. the design theme had as starting point the desire to reshape the classic impersonal office into a place where you can feel conveniently cozy while at work. the existing open-office area was expecting a dialogue, requiring an interlocutor in the form of a sequence of spaces which could allow a temporary escape in a dimension complementary to the work zone, in this way creating a balance between rigid – poetical, open – intimate, familiar – new. this quest materialized into a number of areas with a hybrid character, expressed through elements from apparently dissonant ambiances. thus between the active, technical zone and the meeting room appears a negotiation in the form of a buffer area having a dining / socializing role. on the other hand, the meeting room can instantly change its character into a dynamic one, transforming into a table tennis hall and encouraging relaxation through movement or into a place for after-hours parties. the atmosphere is created through hypertexturing with furnishings, materials and colors that surprise through contrast: domestic by the patches of traditional carpets, industrial by the recycled wooden scaffolding Doka beams, semi-transparent by the various texture glass and the plastic curtain, opaquely loaded by the acoustic finish. the suspended lamps and the mirrors disposed as a horizontal strip create the perception of a scenography beyond which the limits of the space dissolve.