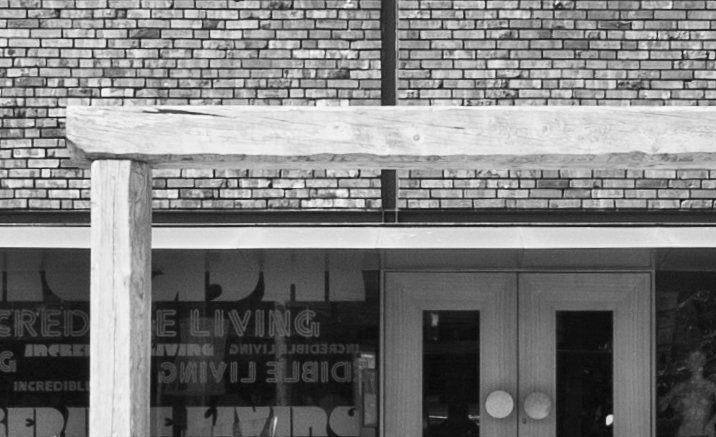 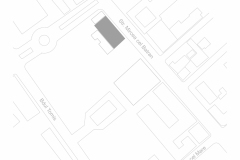 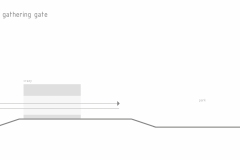 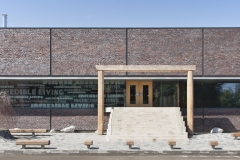 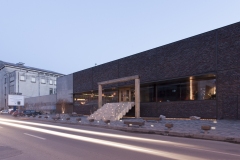 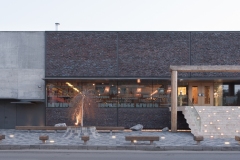 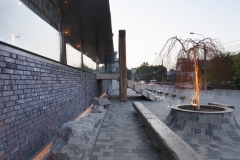 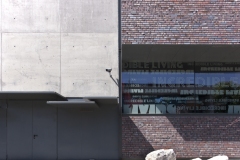 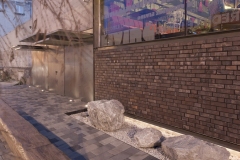 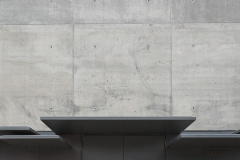 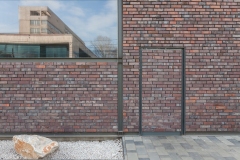 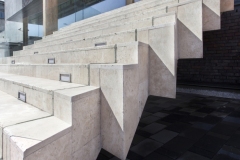 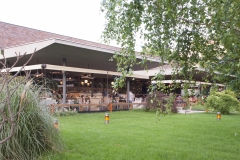 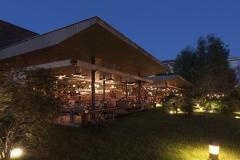 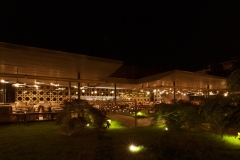 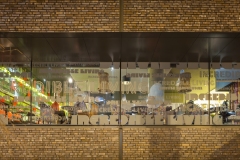 the primary theme we received from the client was that of integrating the concept of an architectural object that would function as restaurant and club in the center of Constanta town on a plot neighbouring on one side the central park and on the other side an important transition street. thus the object was supposed to become the “new place” in town. of course neither in our case the architectural object couldn’t dissociate itself from correctly analyzing, among others, the target of the two major functional spaces: the users. the discussions with the beneficiary turned out the users are mostly the same for both functions but partly completely different. so since the plot on the other hand failed to impose additional constraints on the concept, we realized that the mark of the place is the mark of the moment, of the user, of his present and future spirit for cultural expectations… and we were the ones that had to begin imprinting this mark. the idea of a whole actually not being a whole but two entities to generate the whole decided our gesture and formal discourse that followed. we knew those two worlds meet but don’t want to know each other. it’s like someone would have a double personality and one doesn’t recognize the other while they both live in the same body. the proposal of a “body” with two cosmopolite “minds”, with no prejudices, with no spiritual canons, each of them disposed on the functional space suitable for its own opening to socializing or feeling experiment, has straightly become a materialization of two physical worlds into a binomial of cohabitation: simple and contrasting, human and abstract, concrete and brick. what we’ve been searching for and in the end resulted is the hybrid mechanism in which fake and original, host and intruder, certitude and doubt weave and confuse each other becoming through their own force two powerful elements at the level of the final projection. now and here memories and cultural flashes from all sides can initiate their action and receive for this a universal scene right now and right here and a denial of parametric “orthodoxies” of the day … a blank page.