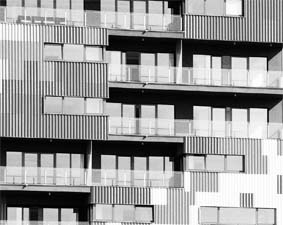 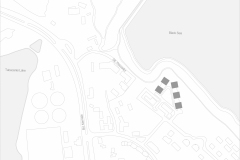 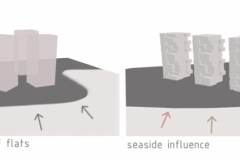 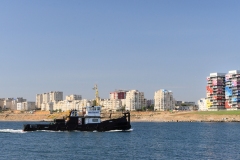 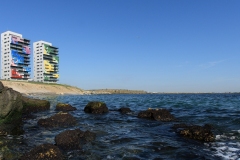 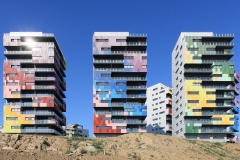 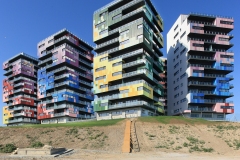 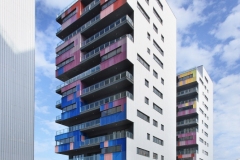 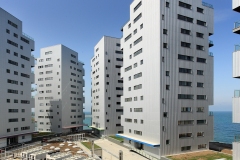 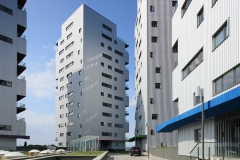 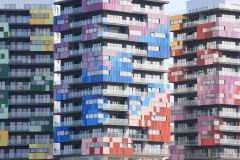 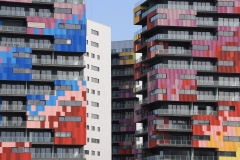 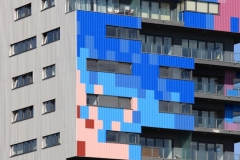 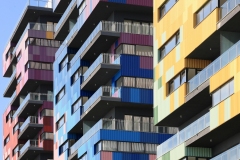 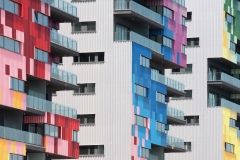 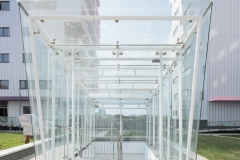 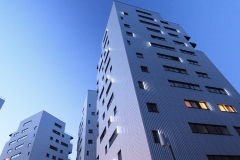 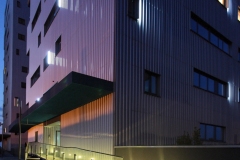 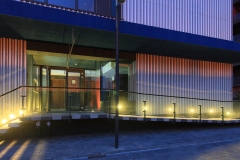 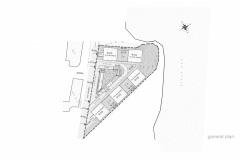 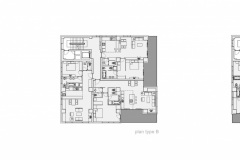 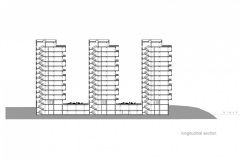 the project Spectrum Residences is located in northern Constanta on the Black Sea coast. this special gulf location was asking for a memorable gesture. from the land, the sea image was overwhelming in intensity. not the same was from the sea where a mix of houses spread sadness all over. the fact that an open «manifesto» could mean a rebirth of these places became obvious. the play between invisibility and presence, when you are looking to the sea and to the land, was our final proposed discourse. the invisibility was done through the silvery surfaces where the sky was mirrored and the «spectral crystallization» of the facades looking onto the sea, ended up the story.